Many of the members of this board know me and my tale. Some chose to believe me and some chose not too. The majority seemed to be torn as to wether my story was true or a fabrication of some demented mind. As the Time Travel Hotel is no longer part of the web in its entirety I cannot just cut and past from the archives. Though you can find my roster already filled out on this Forum.


At first it was a controlled experiment. Starting when I was a wee lad. I always had a interest in the occult and science. I would read stephen king novels and then pick up a old copy of Omni. As a project one school year I chose the possibility of Time Travel. I researched ways that scientists thought we could achieve it one day and self proclaimed Time Travelers. Through my Uncle I located a man who was committed for claiming he was a TT. He was now living in a trailer park near downtown phoenix. For those who want to check it was 19th ave and VanBuren near the cemetery. I heard his tale and that peaked my interest more. (I use to have the notes from them but cannot locate them at this time.). I began to delve into TT research even deeper than before, taking apart each technique and piecing together my own experimentations. I used a few dozen techniques in my TT experimentation and finally created one that worked for me. One based on the willpower innate in all of us.


This was a use of the force of the mind, power supplied by the body.Though this particular means of travel is tiring and potential hazardous it was the only manner I found that worked for myself. My first jump lasted all of two minutes, I was in my bed, I willed through time and there I was standing in a vacant lot with the storm colored sky above me. I returned and was estatic. I had achieved the impossible. I could not duplicate it after that. Over the years I refined my technique (I will either find the guide I wrote or rewrite it, though I am hesitant too hearing that others are duplicating it). in the summer of 2000 I decided to attempt again with much success I might add. I was there for perhaps fifteen minutes. I was on what seemed to be a be a old river the ground was like dried mud. Grass and plantlife was sparse, I looked up and the sky was just as I remembered it a strange stormy sky that was a mixture of purple and orange. I was nauseas and decided to rest there. I was returned as I rested.

Time constraints force me to cut this short and post it in installments though if you have questions already be sure to ask them. Although If I plan on answering it in my story you will have to wait.
J

Thanks for joining, Toxic. I remember your story from the old forums. Just wondering, if I recall correctly you left the old forums in some sort of a haste, what has happened between then and now?

If you have the time, please do try to re-write the guide if possible, as I'm sure many members here would be very interested in reading it.

An interesting story indeed Toxic. Especially the part about the clouds. I am interested in hearing more of your adventures. Persoanlly, I think this type of TT can be achieved, but only the tt's themselves can answer with any validity. Please post more if ya can, i'll keep my mind open.

Thanks for the post Toxic, and welcome to the plantation. I'm looking forward to more of your travels. Good chatting with you yesterday.


Still the year two thousand. After a few short jumps to the future all lasting up to fifteen minutes and no longer I had gotten pretty use to the the arrival spot. I even named it "Landing zone". I could not figure out why I could not extend my stay. I arrive unconscious and upon my awakening I would be overpoweringly nauseas. So I would rest, then I would be back in good ole two thousand. I could not directly control where I went, what year, how long I stayed or the extent of power I put into it.

I began to study the manner of which I Time Travelled. Take classic Magic in fairytells and games. The manner in wich I accomplished my feat is more related to sorcery than wizadry. Wizardry involves Ritual, vocalizing, elaborate gestures to focus energies. Sorcery is more natural it requires the skill to begin with. It takes a natural connection to the world around them, concentration and willpower. I began to suspect it had to do with the amount of "energy" I retained upon arrival to the future. I began to train myself making hops all the time. The year 2001 rolls around and I make my first successful extended stay. About half a hour to forty five minutes. I climbed the crest of my little embankment and to my dismay I saw disaster. Now, I don't want to be a doomsayer like everyone else. I do not want to throw down apocalyptic prophecies and naysaying but I saw devastation. There was little vegetation, sparse weeds and grass.

A cracked street stretched infront of me, slabs of asphalt jutting up here and there. Buildings were rubble around me, garbage blew freely in the streets. I looked up and to my dismay I saw Mount Lemon. Mount lemon is a mountain here in Tucson I have been too often. Just to walk in the wilderness, see the snow et cetera. I continued down this street and came upon a standing building. A convenience store, Entering the store I found it ransacked, the front glass windows and doors no longer existed, shelves lay on there sides. I walked in stepping carefully over glass and saw a stack of rainsoaked and decaying newspaper. Unfortunately too this day I do not know what they said. All I could make out is "Sky". I walked behind the counter and lo and behold there was a discarded carton of cigarettes buried under the cabinets and wiring. I of course aquired them.

I left the circle K and began to walk down a longer stretch of highway that dipped and turned in the horizon. I recognized this as the corner of Pima and Wilmont a mere half mile from where I lived in the now. Now, I have yet to describe the feeling as you travel through time but what is worse is returning. Because at that moment I was flung back into the now.

When I travel in time I give off a lot of heat and vibration. I tax my bodies energy stores and increase the rate in which I vibrate. My breath ceases for a moment and I push my way through the veil that separates this from the future. It feels as if you are forcing your way through a fine mesh, your body splitting into thousands of pieces. Breaking apart. Once your through you have no vision only physical discomfort. You feel wind blowing, vertigo, terror. You could be completely calm and have done this thousands of times and the terror would come. It forces itself upon you, your subconscious natural dislike of breaking the boundaries. The terror will drive you back into the past if you let it. Like a last ditch effort to tell you what you are doing is wrong. The return is the same thing except much faster and much more violent.

Great to have you here, Toxic! We were wondering where you'd disappeared to a few weeks back. You should probably note that we're one Phoenix less than when you left the old forum.

Interesting tale. I remember the posts of your accounts quite well. Do you still have them?

Good story , try and get the newspaper date next time you travek
T

You are right about the terror.

Everytime I astral travel I feel the terror.

Perhaps it is fear of the unknown?


You also said you feel vertigo on returning

I feel nausea for about three days.

How long before you are recovered enough for another jump?


Can you describe more of what you saw in the near future?

For example, do we invade Iran?
Go to war with Russia?

Thanks for your information. 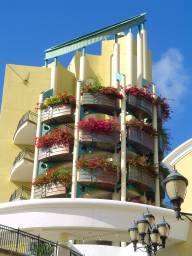 The terror is your Ego trying to comprehend what the f*** is happening, since astral travel is not something we all learn in school.
The human mind in this "coca-cola,im gonna be a winner" egoistic thinkin world is locked to a huge amount of selfservin thoughts that makes astral travel nearly impossible to many. Im glad youve unlocked parts of the mystery.keep up the good work!!!!

And why bother with time travel in an astral state you can go were ever you want, see the moon or why not another galaxy,different dimension--just floatin around

"The key is to do the jump and be aware of it"
"since what we call reality doesnt realy exists we can travel thru time,fly,jump ala matrix if we just forgett everything we learned,wich is a pretty tough challenge.