Alien lizards are ruling the planet, according to thousands of millennials

Alien lizards are ruling the planet - according to thousands of millennials

EXCLUSIVE - A poll found that 12% of people between the ages of 24 and 35 believed that the world is being ruled by lizards in human form - including the royal family and presidents
Click to expand...

I knew it! I told you Nancy was a lizard!

OakFieldAlienz444 said:
From the article:
Tardigrades have managed to get into space and this has left the Russian cosmonauts, leaving them with no explanation for it. The living organisms were found in space when the cosmonauts were cleaning the vessel while on a spacewalk. The tardigrades might not be aliens but experts are at a loss to explain how the organisms found their way more than 200 miles above the surface of the Earth.
Click to expand...

If they weren't born on earth, they are technically aliens.

Mayhem said:
EXCLUSIVE - A poll found that 12% of people between the ages of 24 and 35 believed that the world is being ruled by lizards in human form - including the royal family and presidents
Click to expand...

This reminds me of your thread about the people of RH negative blood and the conspiracy theory that I found.

This is your thread:

Anybody else here with -A blood? Very interested to see how many members here have that blood type?

This is what I found:
I doubt this is true but interesting (although I think we have extraterrestrial DNA).

The Reptilians are tracking those with Rh-Negative Factor Blood. Going back into time….the Rh-Neg Hybrids came from the DRACO Caverns in the Carpathian Mountains. They were mostly RED Haired, with Green Eyes and Black haired, with Brown Eyes. They tried to infiltrate themselves into the Blond/Brown Haired, with Blue Eyes, Civilization. They wanted to Mate with those who were not Rh-Negatives. Most Rh-Negs have a Lower Body temperature and Blood pressure than Rh-Positives. Many Rh-Negs are born with a CAUDA(tail) or an Extra Vertebra (Tail Bone). Rh-Negs are Hybrids. They are Part Reptilian/part human. If two Rh-Negs try to have a baby it will usually die or be born a “BLUE Baby”, because it is Not processing oxygen properly. Thus “Blue-Bloods”, if they survive. 5% of the Earth’s population are currently Rh-Negatives. But, they are 15% of the population of the England and the USA.


Dr. Luigi Cavalli-Sforza from Stanford University wrote an article entitled “Genes, Peoples and Languages” (Scientific American, Nov.’91). He pointed out the high Rh-negative concentrations among the people of Morocco, the Basque country of Euskadi, Ireland, Scotland and the Norwegian islands. 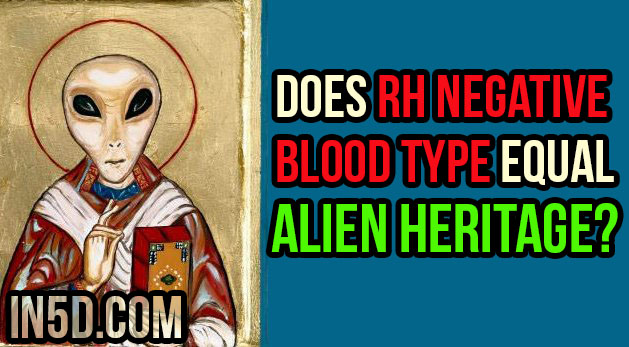 Why does the human race have so many different blood types and Rh values when we supposedly came from 'Adam and Eve'? The biblical story of evolution no longer works as a viable explanation for evolution. Now what? Was our race genetically manipulated or were we seeded here from other star...