In reality Iohannis Pisani received the order to leave for Roccalbegna from the old former Augustinian rector, who later became abbot of the Templars who arrived from Egypt in 1221. This important Augustinian monk called the "preacher" who was still alive despite being centenary, was still at the top in the leadership of the church of San Jacopo. He ordered that, due to the frequent incursions by Florentines and Lucca people near the hermitage of Sambuca, at the time Augustinian monastery, the five friars, including their prior friar Bernardo, were picked up and transferred to the new monastery that was being set up in Roccalbegna. After the abandonment of the Augustinian friars, the monastery of Sambuca only came back to life in 1317, when some penitent friars settled there, but in 1390 it was abandoned again, so that the counts of Gherardesca decided to entrust it to the ingesuati friars, that is, the followers of the blessed Giovanni Colombini from Siena. In the past I wrote a lot about the "preacher", the monk who accompanied the Templars to the church of San Jacopo in 1221 and showed them the secret crypt where the sacred water called "acquaviva" flowed. The time has come to reveal what the fate of the "preacher" was after the failed attempt by Professor Piero Sampaolesi who damaged his body. Later the remains of the preacher were placed again in the crypt of the ossuary of San Jacopo where it remained hidden until a few years ago. Unfortunately, due to my constant interest and the dissemination of Templar events, in an attempt to tell a story that would otherwise have been forgotten, I suspected and alarmed the ecclesiastical authorities and in particular the bishop of Livorno, who ordered that this body be removed from the crypt-ossuary of San Jacopo and buried in a secret place so that no one could analyze and recognize the body anymore. Therefore I attach together with my post an important document, an article where the existence of the body is proved, with the hope that the link of the article will not be deleted. I invite you to photograph it, copy it and keep it, as the only proof still available.

Dante, after realizing that Johannis Pisani was absent, asked and got to speak with the "preacher". Part of the conversation between Dante and the preacher was reported in the Martelli code 12, a manuscript that was jealously preserved by the Martelli family. Later an incomplete copy was sent to Gubbio where Emanuensis monks deciphered it and translated it so that Dante's secret was never divulged. The Martelli code 12 was deliberately censored to ensure that no one could come to know of the place that Dante indicated as hell. Despite the attempt to conceal the truth, all is not lost, given that the original document still exists intact, which the Martelli family protected in a secret place, a place where even today, the code finds safe shelter. This secret place has been inaccessible for centuries and still holds many of the Martelli family's puzzles. It is a secret passage that crosses the heart of Florence and reaches the San Lorenzo area. To date, no tourist has ever been able to visit this passage, few have ever been allowed to travel it in all its length, on rare occasions the Martelli have made this passage use by outsiders. One of these rare occasions concerns Michelangelo Buonarroti, who, hunted by Giulio de 'Medici who wanted to capture and execute him, hid in the subsoil of Florence and the Martelli authorized him to cross their secret passage to escape and escape to safety. Even this story has been forgotten by time and by man, but Michelangelo's escape deserves to be told in full, as well as all the other forgotten stories that I have been trying to tell almost unnecessarily for a long time, but we know how difficult it is to explain: not there is worse blind than those who do not want to see and there is no worse deaf than those who do not want to hear ... In these few lines, as in the other posts, I have tried (perhaps in vain) to reveal the existence of the Martelli 12 code and explain that the document that scholars know is not complete. However others before me, in a recent past, had sensed the importance and value of the Martelli code 12 having come into possession of documents that put Dante in relationship with the Martelli family. These writings were part of a real dossier where other various collaborations of the Martelli were noted with numerous prominent figures of the medieval period such as Leonardo da Vinci, Donatello Cosimo de 'Medici, Caravaggio, San Francesco etc. etc. (There is also a connection with Vlad III of Wallachia, we will talk about this on another occasion). The dossier highlighted the strange and continuous attendance by the Martelli family of these illustrious characters and how they have always needed to use the services of the Martelli family, and we could also add that Himmler also used another Martelli to obtain his purposes, sending Captain Leale Martelli on a mission, a fact that now history also officially recognizes. But now let's go back to the dossier, let's go back to that summer morning of 1929 when all the pages of the dossier are presented for the first time on the desk of the Minister of Economy Alessandro Martelli. Alessandro Martelli was a secon cousin of Leale Martelli, in fact as a senator he had interceded in 1934 with Benito Mussolini to have a sort of recommendation in favor of Leale in order to have a faster possibility of enlisting in the body of the "musketeers of the Duce" as soon as he had reached the coming of age, which then took place the following year. In fact, Leale Martelli became chief handler of the musketeers of the Duce, but unfortunately Alessandro Martelli had already passed away.
T

I had heard of Pellegrino Ernetti and the chrono visor. Thank you for posting all this exciting information for us. 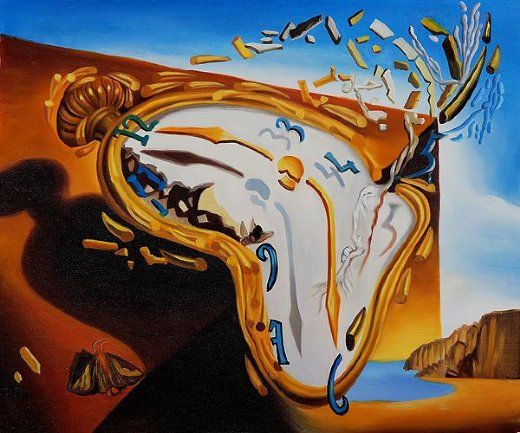 But we continue to describe the content of the dossier that was brought to the attention of Minister Alessandro Martelli. The document presented itself as a "Martelli-Shimoi dossier" and was the summary of a long series of written correspondence between Carlo Martelli (the last male descendant of the Martelli household, father of Francesca Martelli who at his death decided to donate all the family assets , including the palace, in the Italian State) and a great lover of Italian history and art especially of the life of Dante Alighieri. This character was also a poet and writer of Japanese origin: Harukichi Shimoi. Between these two characters there was an exchange of information in the form of letters that formed the "Martelli-Shimoi" dossier. Specifically, the dossier was a list of information that they exchanged concerning the relationships of the Martelli lineage over the centuries with the greatest characters in history. In particular Harukichi asked Carlo Martelli for information on any documentation that could prove a contact between Dante and the Martelli family. In exchange, Shimoi provided Carlo Martelli with curious and precious information from a WWI soldier from Livorno who lived in the Benedetta Valley, a certain Emilio Collaveri. The soldier confided to Shimoi that strange stories of saints and templars existed in the Benedetta Valley and that great treasures and important relics were kept in the church of the village, which he too had been able to see. The soldier asserted that dozens of relics of saints were massed in the church and even that of St. Francesco da Assisi and Maria Madalena was present. The relics had thaumaturgical power. Not all the relics have been registered because they are too numerous, for this reason some have been stolen without the parish priest of the church having noticed. Also the soldier Collaveri himself "appropriated" a relic to protect himself from the war with the will to return it once he returned safely. He wore the relic of a famous saint in a medal around his neck. The parish priest believed that the relic made him immortal and so it happened ...
The soldier did not die in the war and will never die in any other conflict, destined to fight the same battle for eternity and no one will ever hear of him again ... but the most interesting part of the dossier was that relating to the research that Carlo Martelli led to personally verify the truthfulness of all the stories he had inherited from his family. For this Carlo Martelli decided, together with a group of friends, to go personally to those places he had heard about from his ancestors and that were part of the secret of the Martelli house. He was intent on going backwards through the path taken by the Templars who arrived in 1221 in the Benedetta Valley. Among these was Roberto da Volterra his direct descendant. This is why Carlo Martelli felt compelled to solve the great mystery that the family jealously guarded. Carlo Martelli wanted to reach Egypt following in the footsteps of the Templars, which is why in the summer of 1870 Carlo and his party reached the Benedetta valley on horseback like real Templars crossing the interior, touching Siena and then heading towards San Gimignano, then Collesalvetti , Nugola, Colognole, arriving in the Benedetta Valley exactly on August 20th. After some inspections, Carlo Martelli embarked for Egypt from the port of Livorno on August 26, but that's another story ....
Last edited: Jul 11, 2020