Does An Anomaly In The Earth’s Magnetic Field Portend A Coming Pole Reversal?

The Earth is blanketed by a magnetic field. It’s what makes compasses point north, and protects our atmosphere from continual bombardment from space by charged particles such as protons. Without a magnetic field, our atmosphere would slowly be stripped away by harmful radiation, and life would almost certainly not exist as it does today.

You might imagine the magnetic field is a timeless, constant aspect of life on Earth, and to some extent you would be right. But Earth’s magnetic field actually does change. Every so often – on the order of several hundred thousand years or so – the magnetic field has flipped. North has pointed south, and vice versa. And when the field flips it also tends to become very weak.

On the left, the Earth’s magnetic field we’re used to. On the right, a model of what the magnetic field might be like during a reversal. NASA/Gary Glazmaier, CC BY

What currently has geophysicists like us abuzz is the realization that the strength of Earth’s magnetic field has been decreasing for the last 160 years at an alarming rate. This collapse is centered in a huge expanse of the Southern Hemisphere, extending from Zimbabwe to Chile, known as the South Atlantic Anomaly. The magnetic field strength is so weak there that it’s a hazard for satellites that orbit above the region – the field no longer protects them from radiation which interferes with satellite electronics.

And the field is continuing to grow weaker, potentially portending even more dramatic events, including a global reversal of the magnetic poles. Such a major change would affect our navigation systems, as well as the transmission of electricity. The spectacle of the northern lights might appear at different latitudes. And because more radiation would reach Earth’s surface under very low field strengths during a global reversal, it also might affect rates of cancer.

We still don’t fully understand what the extent of these effects would be, adding urgency to our investigation. We’re turning to some perhaps unexpected data sources, including 700-year-old African archaeological records, to puzzle it out.

Genesis of the geomagnetic field

Earth’s magnetic field is created by convecting iron in our planet’s liquid outer core. From the wealth of observatory and satellite data that document the magnetic field of recent times, we can model what the field would look like if we had a compass immediately above the Earth’s swirling liquid iron core.

Source:
Does an anomaly in the Earth’s magnetic field portend a coming pole reversal?

I read somewhere that we are already in a pole reversal, and that within the next hundred years the poles will have successfully flipped. They said the pole reversal could be somewhat responsible for the climate changes, weather changes, and natural occurrences like volcanic eruptions and earthquakes that have happened more frequently and erratically.

NASA: Earth's poles are tipping thanks to climate change

Earth's magnetic field could flip within our lifetime - but don't worry, we should be OK - ExtremeTech

Has anyone seen what's been going on with Antarctica? It seems like the effects of global warming are almost ,if not completely caused by the diminishing magnetic field
Aerial Footage Of The Enormous Antarctic Ice Crack That's Worrying Scientists

I think that our sun is stronger now. That could be the reason for record high temperatures in Chicago three days in a row. Let us keep our eyes open. Remember that things are often not as they may seem. Milk does masquerade as cream. 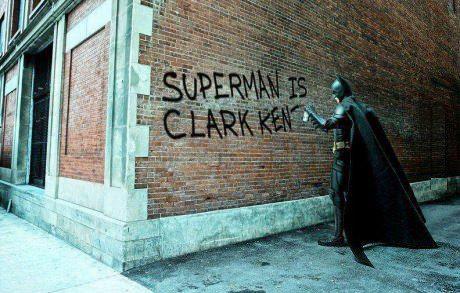 According to NASA data sources we've had a record increase in sea ice over the norm in Antarctica. So perhaps this giant crack is related to the accelerating increase in the size of Antarctica.