titorite said:
Am I alone in studying modern thermonuclear warfare?

As i read through this it looks like everyone is half right and or half wrong but then again maybe im the one full of it. IDK.

From what i understand , we have mrivs for a reason. Geometric distribution of lower yield nukes has proven to be just as or potentially even more destructive than the larger yield nukes with less fall out so thats what all the big boys moved too. But that is only for the places designated for "broken windows" .

We wont get the warning in time to do anything about it. Once the high atmosphere nukes go off your radios, tvs, cars ,all of it anything not in a hardened location will fry. Then after that the MIRVs will drop on all the big cities and hardened locations....

And yeah the big governments have made aftermath plans. Not for governments survival but rather humanities survival. Thats why population centers of only a couple thousand people arent targeted. Their wont be any kind of counter resistence and we wouldnt be repelling an invasion. Everything would go full swing into finding and maintaining clean water and having healthy babies and restarting our civilization.

Its one of the reasons i always like living near a river. Fresh water that can be distilled, wild game, a potential source of power via water wheels, a place to keep your beer and milk cold till that happens, if youre planning on riding out the nuclear apocalypse theirs no better place than next to a river.

And when to roaming hordes of bandits come you can give em a shovel and tell em get to work cause aint nobody gonna of time for stupid shit in a post nuclear apocalypse world.


But thats me and my thoughts.. i could be wrong about everything and maybe the nukes are fake and what not... but i dont believe that.

These schools of thought are necessary but their potential to unfold into action is near null. It's like... the lottery exists and you can buy as many tickets as you want every single day - but you're still probably never going to win it. That doesn't stop people from playing the lottery though so... to each their own I suppose.

Nuclear war won't occur between countries that have the potential to retaliate. If I was to take a guess at how nuclear war could continue to be used, it would be through the use of nuclear powers rather than nuclear destruction. We've surpassed the Cold War which in my mind means we won't be seeing giant nukes drop or EMP nukes go off in the skies for any reason. Not saying the potential for mini cluster nukes isn't there - but that would be for the giant middle eastern parking lot we're in the middle of making right now - not for someone like Russia who would undoubtedly retaliate.

No more Hollyoaks and coronation Street , no Indian takeaway on a Friday night , no sexual encounters ,
That settles it ,I'd rather be vaporised

I would rather be dead then deal with more crazy idiot's after a nuclear bomb. Look how act at black Fridays!
Imagine how they would act if they didn't have there cell phone's and had to go back to reality and talk to ppl face to face???? And how many would know how to survive??? Look at alot of ppl need a "safe place" because ppl speak there minds.
HECK NO rather die fast.

while dieing is never something to wish for, there are worse things than death.
to be left alive after the nukes fly would not be much fun at all.
the world you would wake up to will not be for the faint of heart, or weak of spirit.
the choices that will be forced upon you to survive, most are not any where near ready to make.
C

kcwildman said:
the choices that will be forced upon you to survive, most are not any where near ready to make.
Click to expand...

Life would be glorious after a nuclear war. I would thrive.
C

Kairos said:
Life would be glorious after a nuclear war. I would thrive.
Click to expand...

I have no doubt. Your cannibal skills are on point.

I found this guy on the internet that posted a picture of what all the humans look like in the future after a nuclear war. Apparently he was testing an experimental time machine. 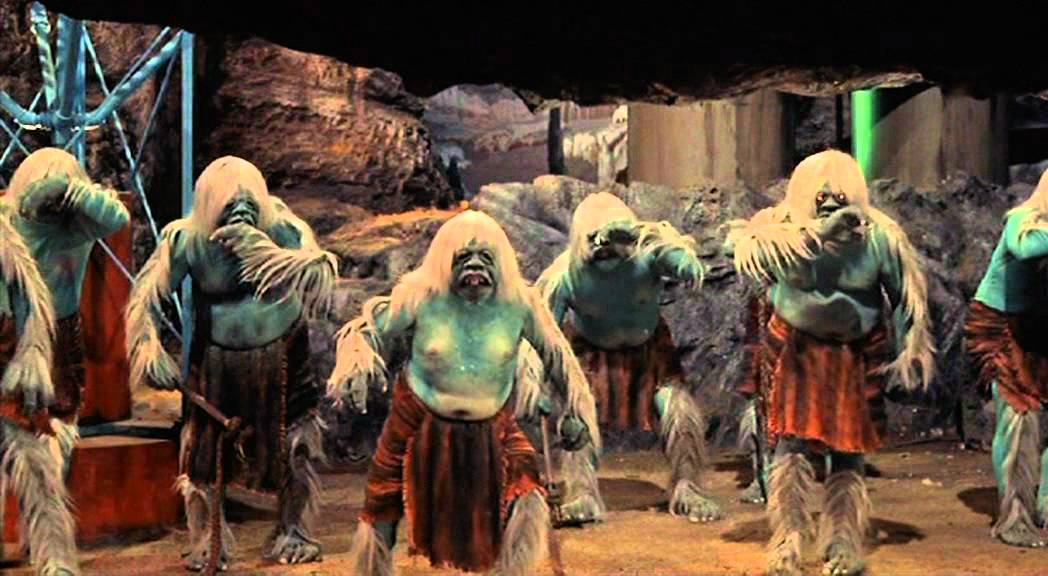 Einstein said:
I found this guy on the internet that posted a picture of what all the humans look like in the future after a nuclear war. Apparently he was testing an experimental time machine.

Cirrus said:
I have no doubt. Your cannibal skills are on point.
Click to expand...