Nuclear war is a threat to humanity. Here are some links below which price my case:
K

credit: daily mail
Nuclear war could bring about an EMP attack. If this happened to the USA it could result in the death of 90% of the American population.

Life After An EMP Attack No Power, No Food, No Transportation, No Banking And No Internet

Life As You Have Known It Will Never Be The Same Again...
endoftheamericandream.com

A nuclear war can have problematic consequences for the whole planet. 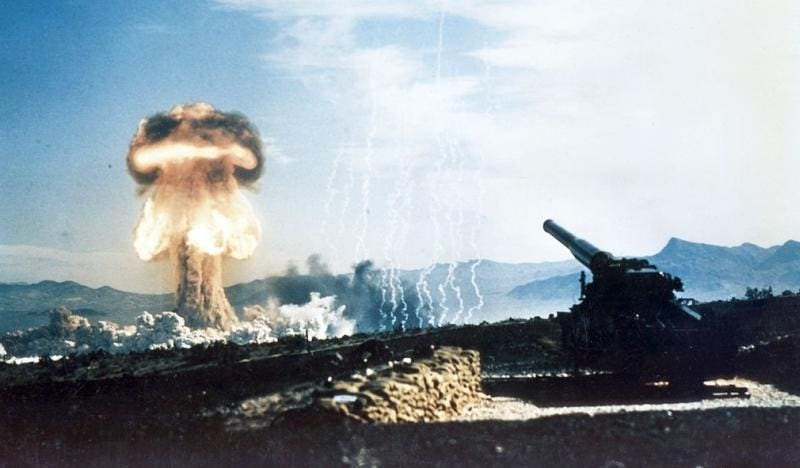 Climate changing volcanic eruptions of the past could act as a warning, what to expect from a local nuclear war.

Do you know how this all works? I do. Its an interest of mine. 2 nukes detonated in high altitude , one and west coast and one in the east coast, that would be enough to cover the whole usa and most of southern canada in an emp blast that would fry everything that isnt hardened.

As for broken windows or ground detonations , the military powers have moved to geometric detonation because the over pressure waves can be just as effective as the tsar bomba with less fall out i.e. less nuclear winter side effects.

Its a more human world wide genocide and gives humanity as a species a better chance of bouncing back after N-day.

I would not be surprised if every nuclear owning government had installed all their electronic equipment underground inside reinforced concrete bunkers...The Germans were very clever at building them during World War 2, without any threat of an EMP being around in those days..
You must log in or register to reply here.
Share:
Facebook Twitter Reddit Pinterest Tumblr WhatsApp Email Share Link