Scientists say they have identified an underwater continent two-thirds the size of Australia, and they are calling it Zealandia.

This newly proposed continent is about 1.74 million square miles in size and 94 percent submerged. But at its highest points, it protrudes above the ocean surface in the form of New Zealand and New Caledonia, according to a paper published in GSA Today, the journal of the Geological Society of America.

The proposed recognition of the continent of Zealandia does not represent the discovery of a new land mass. Rather, the paper argues that the geological evidence suggests the land mass should be classified not as a collection of islands and fragments but as a bona fide continent.

"If we could pull the plug on the oceans, it would be clear to everyone we have mountain chains and a big, high-standing continent above the ocean crust," Nick Mortimer, a geologist at GNS Science in Dunedin, New Zealand, told Reuters.

Mortimer was the lead author of the paper, "Zealandia: Earth's Hidden Continent."

New discoveries about the geology of the region prove what has long been suspected, he said.

2/2 SLIDES© An illustration shows what geologists are calling Zealandia, a continent two-thirds the size of Aust...

Image: An illustration shows what geologists are calling Zealandia, a continent two-thirds the size of Australia lurking beneath the waves in the southwest Pacific

"Since about the 1920s, from time to time in geology papers people used the word 'continental' to describe various parts of New Zealand and the Catham Islands and New Caledonia," Mortimer said.

"The difference now is that we feel we've gathered enough information to change 'continental' to the noun 'continent,'" he added.

The land mass meets the geological definition of a continent, according to the paper. It has high elevation compared to the ocean crust. It has certain geological components, including a crust thicker than ocean crust. And it has well-defined limits around an area large enough to be considered a continent rather than a fragment.

Zealandia is believed to have broken away from Australia about 80 million years ago and sunk beneath the sea as part of the break-up of the super-continent Gondwanaland.

By contrast, modern human beings are believed to have emerged only about 200,000 years ago.

Mortimer recognizes that the paper at this point represents the making of a geological case — the opening of an argument rather than its resolution.

"The litmus test will really be if Zealandia appears in maps and atlases in five or 10 years time," he said. 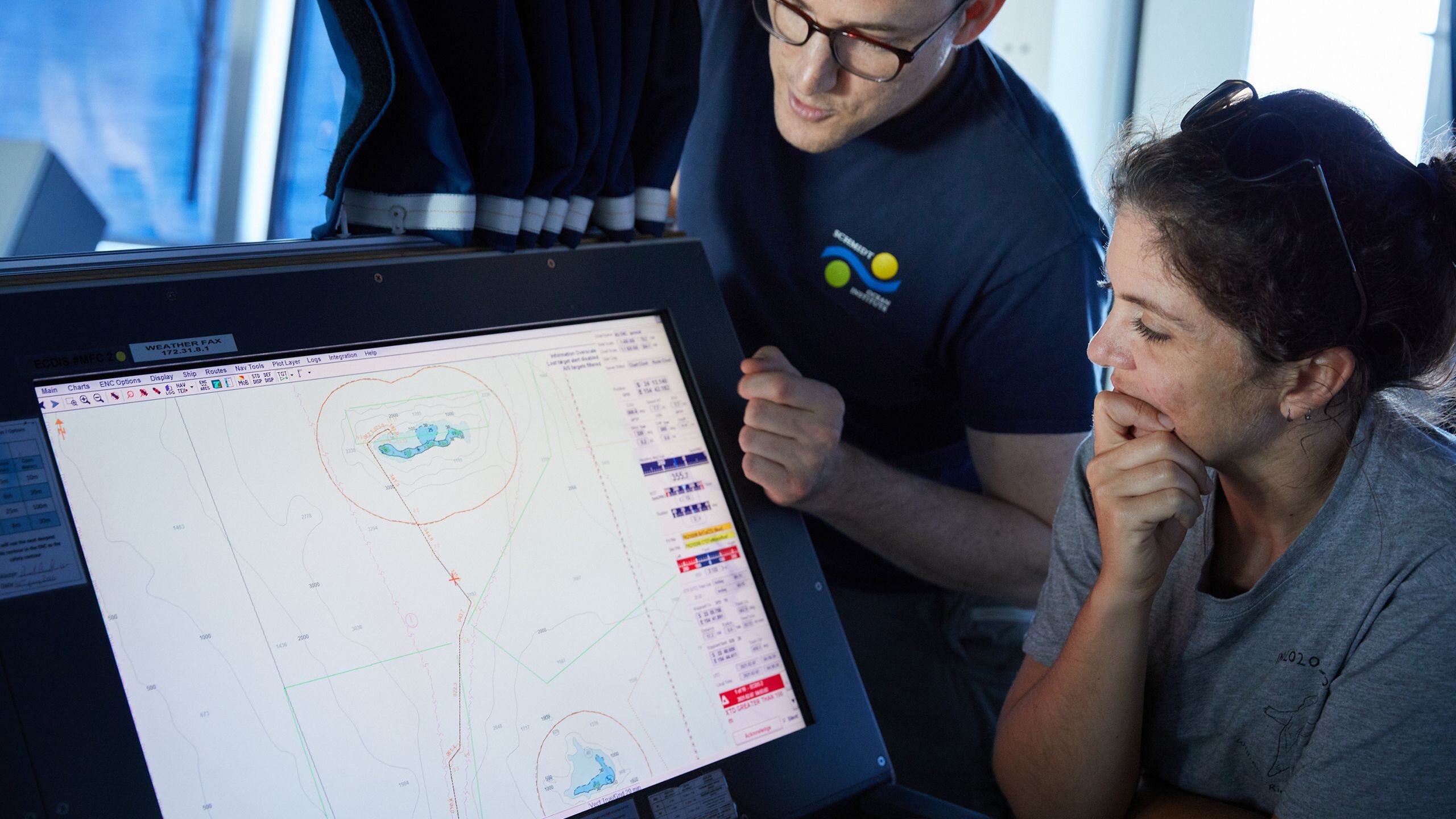 The 'hidden' continent of Zealandia is being partially mapped, thanks to a deepwater mapping expedition led by The University of Queensland in collaboration with Schmidt Ocean Institute.

by Dominic Jarvis, University of Queensland 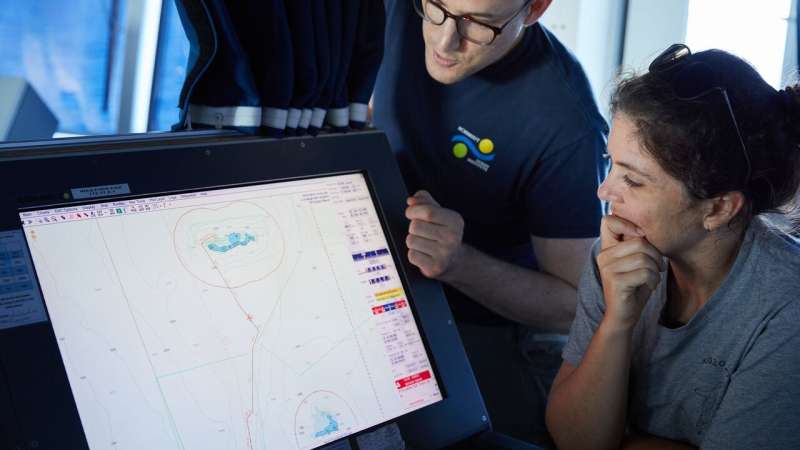 Credit: Philipp Guenther, SOI
The 'hidden' continent of Zealandia is being partially mapped, thanks to a deepwater mapping expedition led by The University of Queensland in collaboration with Schmidt Ocean Institute.
The mostly-submerged continent has New Zealand and New Caledonia rising from its depths and was only put on the map by geologists in 2014.
Chief Scientist and UQ researcher Dr. Derya Gürer spent 28 days at sea on Schmidt Ocean Institute's research vessel Falkor, exploring the north-western edge of the continent located in Queensland's Coral Sea Marine Park.
"We're only just starting to discover Zealandia's secrets—it's remained hidden in plain sight until recently and is notoriously difficult to study," Dr. Gürer said.
"Zealandia is an almost entirely submerged mass of continental crust that subsided after breaking away from Gondwanaland 83 to 79 million years ago.
"It spans 4.9 million square kilometers and is around three times the size of Queensland.
"Our expedition collected seafloor topographic and magnetic data to gain a better understanding of how the narrow connection between the Tasman and Coral Seas in the Cato Trough region—the narrow corridor between Australia and Zealandia—was formed.
"The seafloor is full of clues for understanding the complex geologic history of both the Australian and Zealandian continental plates. 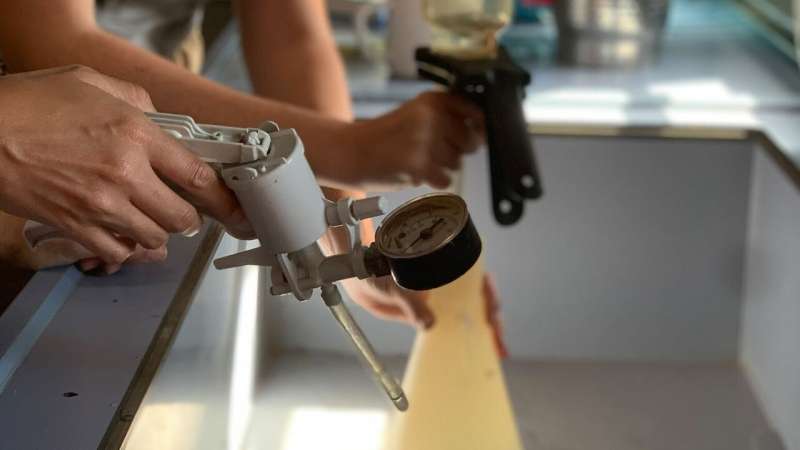 The researchers sampling in the wet lab for microplastics. Credit: Dr Derya Gürer.
"This data will also improve our understanding of the complex structure of the crust between the Australian and Zealandian plates.
"It's thought to include several small continental fragments, or microcontinents, that were split from Australia and the supercontinent Gondwana in the past."
The mapping project offered 37,000 square kilometers of data to the Seabed 2030 project.
The project aims to produce a publicly available bathymetric map to measure the depth of the world's ocean floor depth by 2030.
In addition to seafloor bathymetric data, which measures ocean depths and topographical features, approximately 2500 square kilometers of magnetic data was collected.

UQ's Dr. Tara Jonell said the team on Falkor also took the opportunity to improve sampling methodology for microplastic monitoring and collected data on seabirds.
"Through the ship's underway seawater flow-through system, we analysed more than 100 samples for microplastics, in addition to 40 samples collected on a previous voyage, and only one sample didn't contain any visible microplastic," Dr. Jonell said.
Microplastic and plankton discovered on the voyage Dr. Derya Gürer. 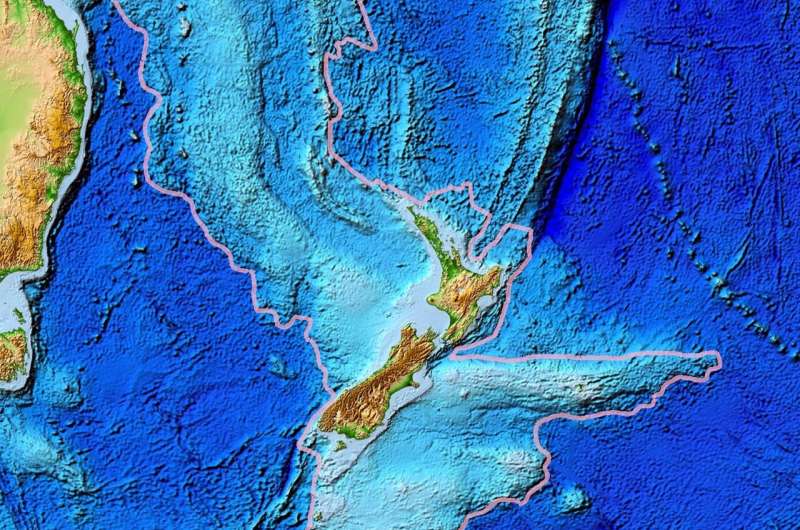 Zealandia, the eighth continent between Australia and New Zealand. Credit: University of Queensland
Dr. Gürer, who is involved in a citizen science project to tackle marine plastic pollution, said the seawater collected from depths up to 3500 meters held a clear message.
"There seems to be a higher concentration of microplastic fibers in the deep ocean," she said.
According to Dr. Gürer one of the biggest rewards on the journey was seeing the value of scientific collaboration and the importance of training the next generation of marine scientists.
"Teamwork and a willingness to learn from, and teach each other, made this voyage a success," she said.
The researchers sampling in the wet lab for microplastics Dr. Derya Gürer.
"We've all been operating at the edge of our comfort zone for the past month and it's been very rewarding to see our emerging scientists grow.
"It's wonderful to be leading so many up-and-coming earth and marine scientists to learn the ocean's secrets."
UQ students are able to test their sea legs in a range of hands-on courses in the Marine Science program.
The multidisciplinary on-board science team was assembled from four Australian universities, including UQ, with a shore-based team from 12 institutions (nine in Australia, three overseas).