I and a friend of mine from Finland were walking through the forest to get to my local archery range to practice our shots for the hunting season. But while walking there, at one point we saw a strange gray/brown creature emerge from the bushes to our right. It was about 2.5 meters tall, it looked slim, had long arms with long fingers, long skinny legs and sort of alien head. The knees and elbows of the creature were abnormally large (pic related). When it saw us it started running into the forest across the street and at that same moment we started running for our lives because we were scared shitless.

When we got back it to his place we started researching if we could find any information about that creature and found out that a lot of people saw it and shared the information about it, but didn't get any pictures as far as we found out.

Oh and also, this is not some fantasy we came up with. We both know without evidence our words are not enough. That's the reason we decided that we're going back for more. We will keep you updated on the situation. If you want to share any useful information with us, you can add me on discord, Roman#7532 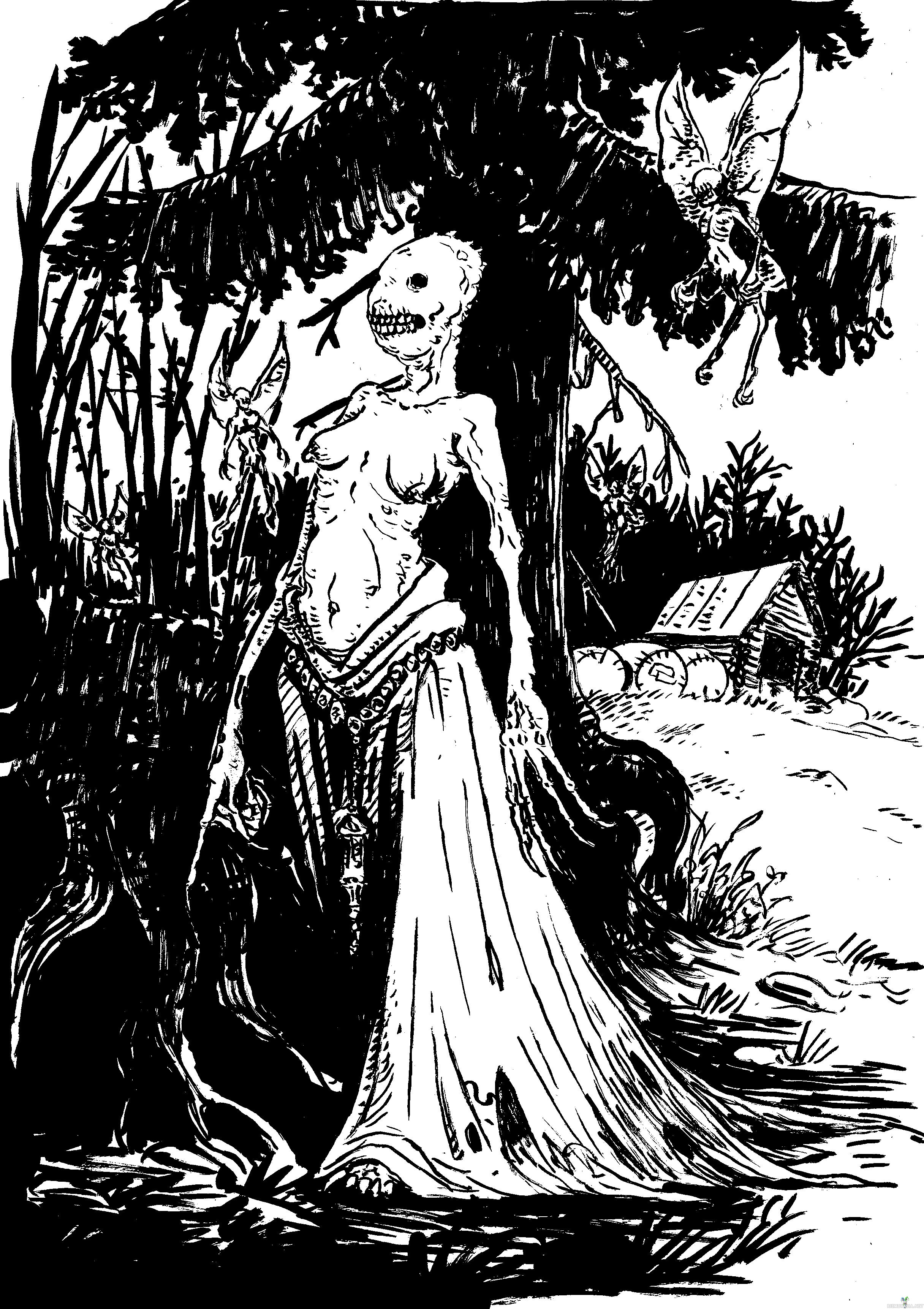 Sounds a lot like a Rake. They are said to be predatory shapeshifters or perhaps they can telepathically broadcast an alternate image of themselves, but they have almost translucent pale skin and typically walk on four "legs". They have large mouths and large eyes, are oddly lanky with long limbs, and prefer forest environments where they may hunt game animals or simply be malicious opportunists in general. One of the very few cryptids I would give the bullet on sight given I'm sure of it not being a cheeky human, so stay safe. They seem to be rudimentarily minded, with their only real advantage being visual deception and/or the immobilizing fear of actually seeing one clearly.

Keep an eye out for abnormal wolves and dogs, too. There are a few accounts of what is known as a dogman preying on rake specifically. Unfortunately, the dogman can be much worse in almost every aspect and in every other account. If you see a dogman just hope it's busy.

Collect as much evidence as you can like you said, but maybe avoid constantly recording or using devices which might "broadcast" where you are and what you're doing. EM fields and diodes can conceivably make you stand out in the relative sterile atmosphere of the forest to something which might be able to modulate your brain waves and alter your perception. That's just my theory, though. Could be something else entirely as well, I'm just speculating.

There are alot of things that man, scientists can not explain. Does that mean it is not real? Nope. I have heard many things and seen many thing's, we also have millions of places on this planet that man has not been able to explore so how do we know what is really out there?
Also in the paranormal community, only saying this because of the rake comment, that some believe that so many many concentrated and the thought that the rake is real that it actually came to life.
But I am not discounting that thought processes because the mind is a very powerful thing.
I believe you seen something I have seen many different things myself.

Coming back from my daughter's doc appt I looked at a mountain and there was a black shadow mass and when I looked at it it morfed small and disappeared.
Out by were I live we have what is called a windago or Skin Walker. I believe I spotted it.