One good thing about the United States of America until just lately was that the First Amendment still carried a lot of weight. Yes, the mainstream media can bend the narrative whichever way the agenda calls for, but still, there was not full censorship. Now, in the aftermath of the tumultuous 2020 presidential election and the riots at the Capitol, the game is changing fast.

The problem with fact-checkers is who decides which facts they check against.

This all really reached a head after the riots on Wednesday with social media platforms Facebook and Twitter permanently banning Donald Trump’s accounts. This comes after an election season of selectively controlling what can and cannot be posted by average folks through the advent of the “independent” fact-checker.

The problem with “fact-checkers” is that they are deciding what is fact and what is not. An authentic fact-checker would be making decisions based solely on fact. For example, if I told you right now that it rained yesterday, and it did not rain yesterday, well the fact-checker could step in and call me a liar. The problem is that is not what they are doing. They are checking the so-called facts against opinions, and that is creating quite a storm brewing in America.

Sure, we can probably all agree that even before all out chaos took over, Donald Trump’s Twitter account was not a very positive thing. Still, what we have done here is we have ceded so much power to tech social media firms that we are encountering what is protected government censorship.

Sure, Twitter is a private company, and they can ban his account or anyone else’s as they so choose. But when these companies become so powerful and then the constant collaboration with the mainstream media to push whatever agenda they want to push, it basically starts to smell a lot like censorship.

One of the reasons Twitter listed for finally, after all of this that went on the last four years, banning Trump’s account was that there was a fear he would incite more violence. Well, this is not a defense of Trump. Did he know he was firing up the crowd? Sure. Did he technically tell them to do any of those things that they did? Not at all. Get the transcript. He told them to go to the Capitol and rally on the brave Congressmen. Okay, maybe they took it a little too literal, but still, if you’re going full-on court of law legal definition here, no he didn’t do it. But if you are going to say that it was inferred, then the mainstream media has to take some responsibility also.

The mainstream media has beat people over the head ever since the election that any questioning of the official account of things is ludicrous. There is no evidence, they say over and over again. Trump’s claims are baseless. Well, there’s a lot of folks in America that think that is a matter of debate, and it is the media itself that is inciting them.

There have been hundreds of sworn affidavits under penalty of perjury signed by people that said they saw some funny business happen at the polls. Was this investigated? Nope. No court would even listen to it. Now, is it probably all baloney that was not going to make that much difference? Yeah, probably. But when you have millions of people that don’t think they got a fair shake, it might have been a better idea on the media’s part to you know, give them a fair shake.

Remember, the other side just spent almost four full years investigating the Russia collusion theory, and when that was over, you could, if you wanted to ignore it, keep saying it was baseless and unfounded.

Why not take a look? Appoint a commission. Promise to look into it. Act concerned.

CNN even had to shut down the death ticker for the riot news.

Make no mistake here. Did Donald Trump incite a mob? Yeah, he enjoyed every minute of it. But he had help. The mainstream media and the establishment loved every second of it, and they are still loving every second of it days later.

CNN was to impressed with the riots at the capitol that it has still not went back to it’s full-on COVID-19 apocalyptic coverage. Trump is bad trumps Americans dying any day of the week.

The post Social Media Fact-Checking and Account Bans Could Be Slippery Slope to Censorship appeared first on Common Sense Conspiracy.

Truth---in and of itself is sometimes subjective and open to interpretation. The whole notion of "fact checking" always weirded me out a bit. I mean I get it in theory but it's not like some people are "qualified arbiters of truth" and others are not. That doesn't even really make sense.
One person says something: Oh he's qualified it must be true. Another guy says something: oh he must be wrong cuz he didn't have the badge?

Both sides are often proven wrong. This will all result in chaos.
Do they really think that by using the exact same people that conspiracy theorists do not trust at all
to disprove stuff that that will convince them they're wrong?

Oh this guy who you think is in the Illuminati says you're wrong so you gotta believe him. 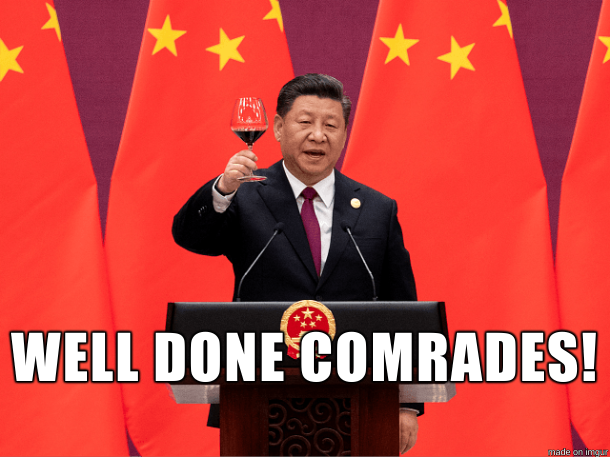