The Truth About the Virus 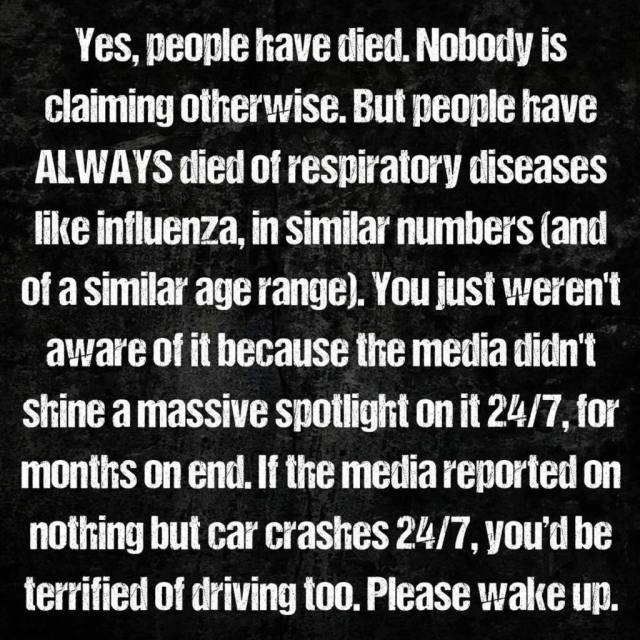 How did they pull it off? Quite simple. The media incites fear. They constantly say that a situation is either black or white. And this polarization leads to this spiteful idea that you’re either black or white, no in between. And if I’m black, then I must hate the whites. It makes people attach themselves to an identity, and forces them to follow it. To control the populous, make the populous love their servitude. And the populous loves it, because without this servitude, these identities, they would have no meaning in life. These morbid politics are their heart and soul. Just make the two sides hate each other, and then you can claim authoritarianism by saying that you’re just helping the people, and that you have the peoples’ best interests at mind. But the elites don’t. They just want to create a dictatorship without tears.

After all, the only people seeking positions of power are those who want control over others.
Click to expand...

Do you think Trump had the virus?
L

Jenette said:
Do you think Trump had the virus?
Click to expand...

What’s your opinion of him?

I'll tell you this, it is really difficult to get through to people about this virus. I can't even get them to think about the possibility of a scam. I will say, "The virus is real, the deaths are real but could we look into how those deaths are tallied?" And people shut down! It almost like they need the pandemic...like it is part of their religion.

Cognitive dissonance is a real thing

Jenette said:
Do you think Trump had the virus?
Click to expand...

That is a good question.
L

Jenette said:
What’s your opinion of him?
Click to expand...