Admin note: Read until the end to learn how you can win a $10 Amazon gift card.

I'm inviting you to check out this site: 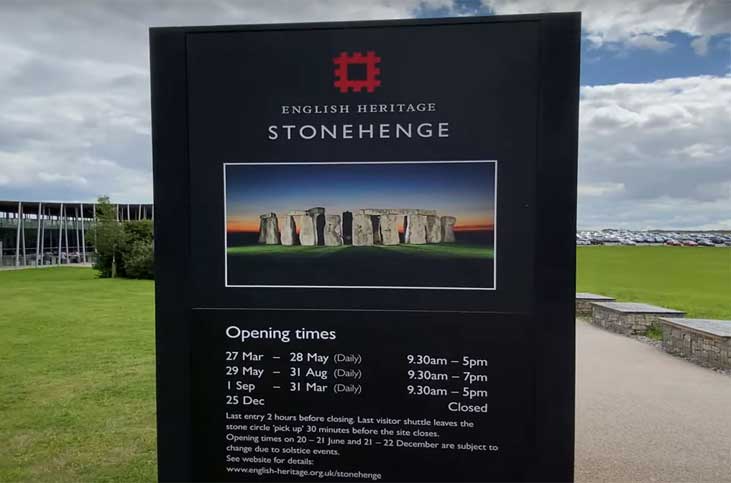 Stonehenge is one of the most popular attractions to visit in the UK. All you need to know to save time and money on tickets and tours.

stonehengevisit.co.uk
It's a leading resource about the best way to see Stonehenge from wherever you are in the UK, from paid tours to visiting it for free. They have been putting in a lot of effort to ensure their content is right for visitors who want to see Stonehenge in whatever way suits them best.

Can I touch the Stones at Stonehenge? What about visiting Stonehenge with Children? Can I see Stonehenge for free? Need information about the available tours? How much does it cost? You'll find answers to all these questions and more.

Hope you find it interesting. Let us know if you plan to visit Stonehenge, and feel free to share your photos!

Finally, I invite you to reply to this thread and tell us if you'd like to visit Stonehenge and why. In approximately a week from now, I'll randomly pick one member who replied to this thread and he/she will receive a $10 Amazon gift card. Thanks to our friend Chris, at StonehengeVisit.co.uk.

Admin note #2: Paranormalis is not responsible for the delivery of the Amazon gift card by our partner, Chris at StonehengeVisit.co.uk.

Famous English Stonehenge, great place. In fact, communist China has a similar place. He is the capital of the Chinese emperor called Yao. It is located at the western foot of Ta'er Mountain, about 7.5 kilometers northeast of Xiangfen County, Linfen City, Shanxi Province. The ruins are distributed among the four villages of Taosi, Lizhuang, Zhongliang and Dongpo, with a total area of about 6 million square meters. Its age is about 2600 BC to 2000 BC. It is a site dominated by the Longshan Culture Tao Temple type in the middle reaches of the Yellow River, and it is also the largest prehistoric city site ever discovered in China.
Here archaeologists have also discovered places where humans observed astronomy in ancient times. The Chinese use a wooden pole standing upright on the ground to measure the length of its shadow to predict the seasons.

I think the IQ of the ancient Chinese was no worse than that of the ancient British. In fact, the ancient British built the observatory out of boulders. are almost the same. Most importantly, the Chinese already had the emperor, the supreme ruler of the country, in ancient times, and only the country can build huge buildings. I think you should all look at both places. One is East and one is West. The two civilizations sometimes think of one thing and that is astronomy.

China is not a democratic country.Next, I want to show the dark side of Eastern civilization. In fact the ancient wars were very cruel. In the legendary era of Chinese history, the Taosi culture, a Neolithic civilization in the Central Plains nearly 4,000 years ago, broke out the massacre and tomb destruction event described in the above text. The enemy captured the capital and killed the king who ruled the capital. Look at this picture. In this picture, the enemy gang-raped Wang's woman and tortured her, inserting a bull's horn into her vagina and dying in pain. She died very painfully.

This is when the enemy captured the capital of the country named "Yao", gang-raped the king's woman and brutally killed her.

@jiangnanah Since you're the only one who replied, you win! Thank you for your contribution!

Do you allow me to send your email address to Chris at StonehengeVisit.co.uk, so that he can send you the $10 Amazon gift card?