Will you be taking the Covid Vaccine?

I'd be a complete fool not to.

Other people can be complete fools if they want to, but I have too great a responsibility to my boy to virtue signal over being "woke."

Okay, well that is your right.

Some might have previous health concerns, that must be taken into consideration.

Hell to the no.

Mayhem said:
Some might have previous health concerns, that must be taken into consideration.
Click to expand...

I have pre-existing conditions that make me a strong candidate for the vaccine.
However, I am not terribly excited about possible side effects as I had posted earlier.
I am undecided at the moment.

Then there's these posts across the web;

COVID-19 alert
Common questions
Can you still get Covid after getting the vaccine?
It’s also not yet known whether the Pfizer and Moderna vaccines protect people from infection entirely, or just from symptoms. That means vaccinated people might still be able to get infected and pass the virus on, although it would likely be at a much lower rateDec 10, 2020

This vaccine was rushed, IMHO.
I still have things to do, life to live and....Bad Jokes to Tell!

I cast my vote for bullshit! 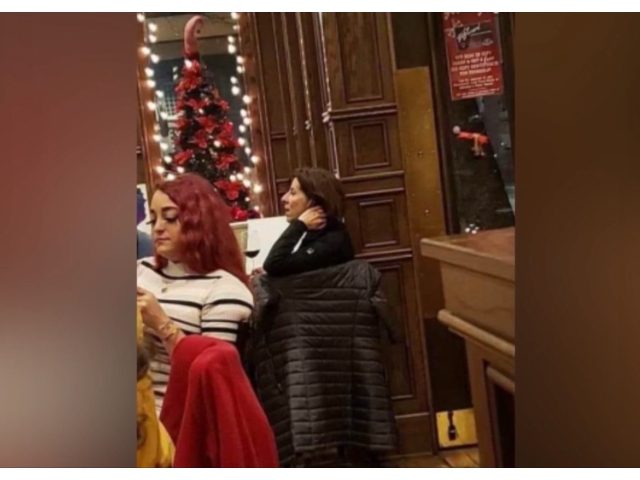 Gov. Gina Raimondo (D-RI) is facing a backlash for a photo showing her at a wine and paint night after urging residents to avoid nonessential activities.
“The picture, taken by Erica Oliveras last Friday, shows Democratic Gov. Gina Raimondo sitting at table in Barnaby’s Public House in Providence without a mask,” Fox News reported Wednesday.


However, Oliveras said she did not realize the criticism the photo would receive with many people pointing out the governor did not have on a mask.
“She only took her mask off whenever she was drinking her wine,” Oliveras told ABC 6. “That’s the only time she took it off. When she came into the building she had her mask. Whenever the waiters approached her she had a mask on.”
According to the outlet, the picture of Raimondo was taken one day before the head of the Department of Health tested positive for the coronavirus.
In a tweet on December 7, the governor encouraged residents to stay home “except for essential activities & wear a mask anytime you’re with people you don’t live with”:


In a tweet on Sunday morning, Raimondo said she tested negative for the illness a second time, adding, “I am fortunate to be feeling great and will continue working from home during my self-quarantine”:

While some Twitter users wished the governor well, others pointed to the apparent double standard:


“We are on fing pause. You should be setting an example. I would have loved to be out on Friday nite… but no…. I followed the rules,” one person commented.
“How did your painting come out on Friday? I specifically purchased a sketch book and supplies from Job Lot to do the same thing at home,” another replied.
Per the state’s shutdown guidelines, indoor dining is allowed up to 33 percent of a restaurant’s capacity, the Fox report said:

Meanwhile, indoor entertainment facilities like movie theaters, bowling centers, and arcades, but remain closed through Dec. 20. Businesses such as restaurants, bars, personal services, gyms and recreational facilities must close by 10 p.m. on most weekdays and by 10:30 p.m. on Fridays and Saturdays.
Click to expand...

Following the backlash, Josh Block, a spokesperson for the governor, told ABC 6, “The governor had dinner at a local restaurant with her husband, and had her mask on anytime she was not eating/drinking.”
Click to expand...

Yeah, well, I'm 64, diabetic and have kidney disease along with high blood pressure.

I do one worry at a time.

In the UK we have a new strain of Covid that flourishes more in crowds, compared to the standard Covid-19..
I have no idea yet if this new strain will be resistant to the present vaccine or not, therefore iam waiting for more information to come out..

I love it when people GET the message ... a message over time ... amazing visionary message from years ago

TimeFlipper said:
In the UK we have a new strain of Covid that flourishes more in crowds, compared to the standard Covid-19..
Click to expand...

Well isn't that an amazing turn of events? At a time.... and in a part of the world where the populace is growing more impatient and increasingly vocal and possibly violent....

TimeFlipper said:
I have no idea yet if this new strain will be resistant to the present vaccine or not, therefore iam waiting for more information to come out..
Click to expand...

In America, the vaccine manufacturers say that the effectiveness rate of the COMMON COLD VACCINE is about 30%. The number is based on over 50 years of recorded cases. The Covid19 vaccine is supposed to have a success rate of 70%. That rate comes from their PROJECTIONS! There is no hard data to support any of their projections.

NONE......we are just supposed to take their word for it.

A 70% effectiveness rate for a vaccine for a virus that 99% of people survive. A vaccine that is about to become MANDATORY!