Anyone seen THIS footage from 2013? Comes from----Homeland Security WTF?

You have to ask yourself----where was the media on this?

Also----Mexican Military had UFO's on radar before our Navy did, so the recent disclosures
are nothing new: 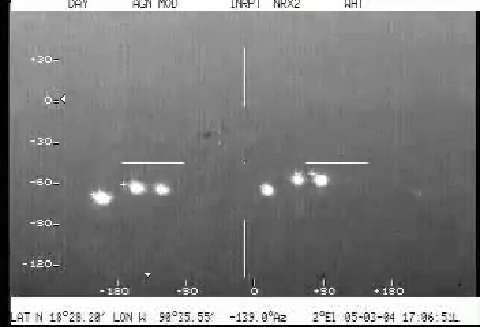 Mexican Air Force pilots film and observe 11 unidentified flying objects on March 5th, 2004. Please comment if you have any info or can translate the chatter.

The media would have us believe that the Nimitz encounters in 2014 and 2015 were the only times they were caught on radar officially.
Clearly this is all being released for a reason.