Is Earth a Prison/Slave Planet ?

Science has proven that “hominids” have lived on this planet for a very long time. It has also proven that Homo Sapiens Sapiens (Cro-Magnon or Modern man) have not. Our ancestors arrived here as interstellar prisoners approxi...

I agree, the outside Earth surface has become a prison. Extraterrestrials have used it as a dumping ground, trapping spirits electronically and bringing them here, forcing them to keep reincarnating on this planet, though some of us came here willingly on rescue missions and such. But the hollow Earth and underground cities like Telos is something else.

In theory we have made Earth a Prison planet our self's, as a race we have no interest in traveling to other planets or expanding our self's to the stars, instead we are content with the literal "Hell on earth" we are creating, destroying our world, we will eventually see a earth that looks just like a prison.

Or maybe the FEMA Camps are our prisons?

The way I understand it, the nephilim, who acted badly in the past, are also reincarnating here, as the illuminati, remnants of the Luciferians who corrupted this sector of the galaxy, a long time ago. In conjunction with a faction of negative extraterrestrials, led by those of the lizard consciousness, they seek to control the rest of us. Dumbing us down has been a part of that process. Religion and the school systems are frequently used to program us. But some of us already had a great deal of awareness and ability when we came to this planet and we can't be programmed that easily. So it's kind of us against them, we'll see how it goes. But I do believe we will be interacting with other planets, galaxies, universes and realities. It's inevitable. I believe the inner Earth people are already doing so and we share their heritage whether we realize it or not. The illuminati also realizes it. That's why they try so hard to hide the truth about the inner Earth and prevent our interaction with those of the inner Earth. Read the books Transylvania Sunrise and Transylvania Moonrise by Radu Cinamar to get a better idea.

Darwi:
Ah yes, it is a dumping ground for trouble makers like Siberia was in the old soviet union.

mario:
Already people accept that they are part Neanderthal. Realize that the aliens are part us.

BT:
This is what I was told any way.

TAKEN FROM Albert Einstein’s profound observations on entrenched racism in America in Interesting Things curated by Tim
"There is, however, a somber point in the social outlook of Americans," Einstein wrote. "Their sense of equality and human dignity is mainly limited to men of white skins."

Humans cannot get along with each other - imagine if aliens came. 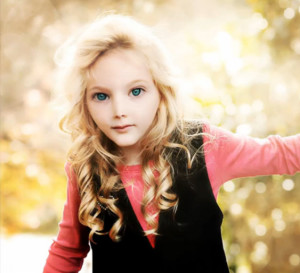 Wait till she sucks your brains out through a straw.

Earth is a cage. My wish is for all the little birds to escape. Yeah, to fly free in an awesome universe.

I still remember the first time I saw earth from space. Probably, I was five or six. Like wow, it was an amazing experience. I still remember setting foot on another world - I was so happy I was crying.