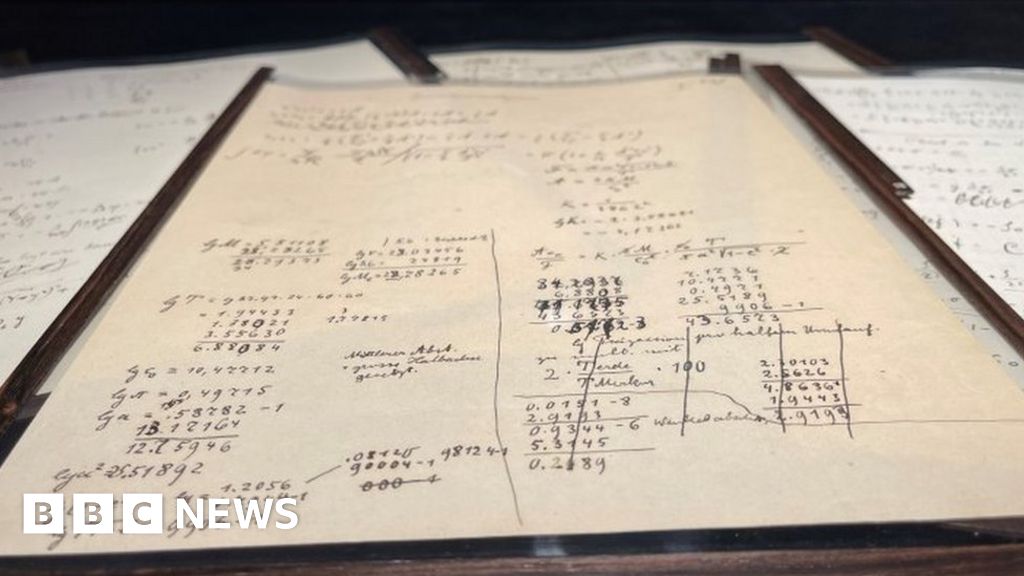 The manuscript shows Einstein's attempts to formulate his theory of relativity.
www.bbc.com

Interesting. But I dont think they sell something that reveal something more of him that points in the paranormal direction.

I read a little bit through the stuff that is published of him and of his letters to other people, because there was supposedly some extraterrestrial stuff found in his estate. But I have not found anything that points in that direction.

The only interesting or paranormal thing was that he said he read Blavatsky but not because he believed in it. And he recommended it to Heisenberg.

I found this on another discussion board: Translation: Has Einstein had his wisdom from extra-terrestrials? The German Albert Einstein (1879-1955) is counted as the most genius physicist of all time. He developed the world-famous theory of relativity. Now US-scientist doubt the wisdom of...