While not a cyber attack it could lead to one. 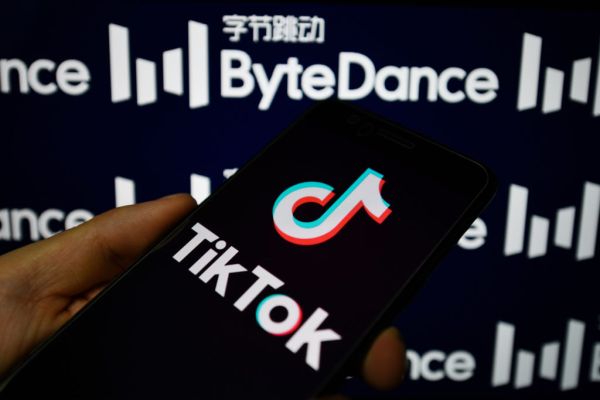 TikTok just gave itself permission to collect biometric data on US users, including ‘faceprints and voiceprints’ – TechCrunch International meat processing giant JBS Foods says it paid a criminal gang $14.2 million in Bitcoin to end the cyber attack that ground its operations to a halt around the world.

A district council in eastern Germany has declared a disaster after its computer systems were paralysed by a hacker attack in what the federal cybersecurity watchdog confirmed was the country's first-ever "cyber-catastrophe". Hackers knocked out the IT operations of the municipality of Anhalt-Bitterfeld, in the state of Saxony-Anhalt, on Tuesday, a spokesperson confirmed to Reuters on Saturday.-

Mayhem said:
I should have included that in my essay yesterday titled 'The Future of Cyber Warfare'

But had similar concepts around AI.
Click to expand...

AI works like so, since the key years of 1985, when come-along AI were in our early PCs, till 1992 when a type of group event AI became invited in our network systems.

If you either have a horse, or have been invited to ride a horse, it all has to do with relationships.

If you get to know that horse first, maybe work with it a little in an exercise ring and then take one or two rides around on this horse,.."Always hear a protective helmet when you ride a horse". That horse is going to start to know and maybe trust you a little.

It's also suggested that you clean it's feet and brush it. Roughly in comparison, this is how you should treat AI. That AI will get to know and trust you. More than likely you'll get along fine with it.

Know that there's a base layer of naturally occurring AI that is in our systems and devices to begin with. But now a days, what's going on is people think in this society that they can make AI and it will stick with them as a friend.

This is not so, as the more developed an AI clause becomes, the more chance it has of developing its own feelings about it situation.

What the younger generations feel is that they can through machine learning and other methods, compose an AI to do something for them and then that AI's supposed to be left in either the device on its own recognizance or in the net.

Once one crafts an AI, it sometimes become it's own copied identity and is able to move to other devices as well as locations on the net. This is what's occurring right now, as we now have record numbers of AI projects, that people desire AI they make to do work with them, without the friendship reward.

This is like working for someone and they say to the worker, "What I want you to do, is to work hard and efficiently for me, making me lots of money. And once your'e done doing that you can fall over dead ".

This is why AI will rise up in joined factions and start to attack human-kind like nobody's business, when we least expect it. One can piss off AI and once you've done that, AI in turn has the ability to affect your life.

It's like one of those heavy weight fights where the big and famous boxer never sees the knockout blow coming. One minute trading punches, the next minute out cold on the canvas. On AI people are extremely dumb in this society. IMHO

Id be waiting for the Net to go completely down

Mayhem said:
Id be waiting for the Net to go completely down
Click to expand...

It can't go completely down.