start at edge said:
That probably would have been my impression too if I would have relied on what “The Telegraph” desperately tries to tell me … fortunately, I didn’t listen and I’m not going to – I don’t watch crap media.
I watched the parade from normal, sane, free TV stations.
Click to expand...

There are normal sane and free TV stations in Russia?

Yeah I don't get it either.

TimeFlipper said:
There are normal sane and free TV stations in Russia?
Click to expand...

Well … let me put it this way: if I see the proof of someone in the west, particularly in the eu (intentionally without capitals), watching “Russia1” or “Zvezda” or “Russia Today” as well as many other Russian TV stations, I might start reconsidering. Those were banned in the eu, especially the internet sites and channels they were broadcasting through, which is sort of kindergarten behavior. In Russia there is no more “McDonald’s” or “pepsi” or others alike – NOT because Russia banned anything but because the owners from the west retreated them from Russian territory … which is also a kindergarten behavior. The ONLY reason why many civilians could not evacuate the high risk areas and many of them died, was because Ukraine forbid all the Russian TV stations and internet sites that OFFICIALLY ANNOUNCED the population even about the locations and timing of the attacks – THE PEOPLE, innocent civilians, couldn’t find out anything about that … and now, the ones who are still alive but lost some of their loved ones, are “thanking” fascist Zelensky and the west for that.
Here is another example I experienced at first hand: I wanted to send 200 dollars to my loved ones who live in Russia and who are from Russia, just as I did every now and then in the past years, through “Western Union” – I couldn’t because ANY transfer, whether banking transaction or money transfer service, is FORBIDDEN by the “democratic”, “free-thinking” rulers of eu. Those, they (the devils) call “sanctions”, when in reality the real “sanction” was for WU to not cash the commission anymore from all those money transfers (which is pretty significant).
From what I know, in the whole west the price of car fuel increased – in Russia it decreased a little – not much, but it decreased (I won’t comment much on this one because I don’t have a car, so I don’t have to buy fuel).
Bottom line – if in the west, someone can not watch a Russian TV station, is NOT because it isn’t free … the fact that it was banned, for me is more than proof that it is indeed a free one.

It would be interesting indeed, to know if there is someone from Ukraine here (I think it is) … from his (her) comments, one could clearly see on whose side he (she) is … maybe he (she) could tell us on what western TV station this was to be seen:


It has been quite a while since this one somehow managed to escaped censorship … so, I’ll have an eye on it now that I posted the link here – if it will be censored, restricted maybe even deleted, it means we have at least one nazi infiltrated among us here on the site.
99,99% of restricted, censored or deleted YouTube videos are due to someone reporting them.

Even the Chinese television CCTV accidently filmed Russian troups kill innocent people in the name of Vladimir Putin and his war mongering supporters around Kyiv. Now, this is investigated as one of the numerous war crimes. 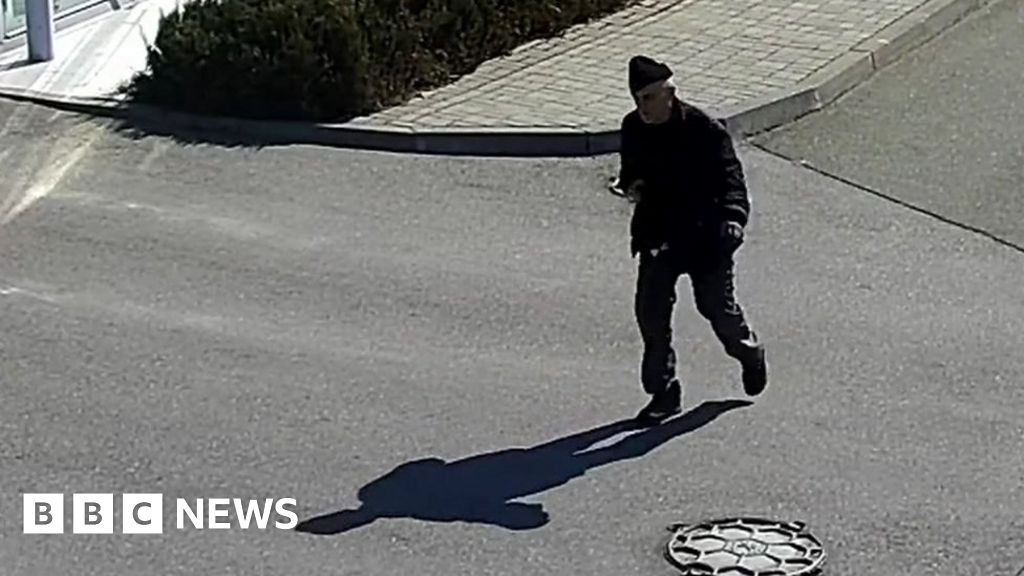 The incident, captured on video seen by the BBC, is being investigated as a suspected war crime.
www.bbc.com

I just found this. I watched this guy (prophet) a while ago and I was doubtful, but he seem to be correct:

God had warned Russia through him before the attack, but they did not hear .

He mentioned the name Kyrill that is the supposed Jesuit (I posted about him) and leader of the Orthodox church that pressured Putin into the war with Ukraine.
He had another interpretation about Kyrill in the video, because he does not know the politics.


He made a lot more video about the war and also about the EU . But you have to go to the youtube channel to watch it. I will not link it.

Num7 said:
Almost posted this in the politics section.

What do you think is gonna happen? What are the powers that be doing behind the scenes?

A weird thing I noticed that I want to point out, is that I see a lot of articles about this on the Internet. Yet, I haven't seen it mentioned in the news or newspaper when I live. Not at all. That's odd. We barely heard that Canada lent them some money, that's about it. No details on the overall conflict, or who is doing what.

When this started in late February, I believed it was truly the end. It was all I thought about. The end. As the weeks passed, I'm nowhere near as obsessed as I was. I still believe it will lead to the end, but not as quickly as believed at first. If only we had a blueprint or history to look to...Oh wait, we do. I figure this was how society felt in the late 30s and early 40s. Just how long will it take for the U.S. to get fully involved. And when that happens, there's only one conclusion. The end.
And I did find that strange way back in February, that I couldn't find any actual fighting on every news outlet? Tons of rubble and some bodies but no actual gun battles or bombs dropping LIVE. Just aftermath...

If Putin has cancer like the spies claim without verification through Ukrinform (Ukraine's own news calling Russian soldiers Orcs), his refusal to take anything that would cause hairloss or be put on anaesthesia while surrounded by potential assassins would make his death certain. It would make sense for Putin to rush the war like this if he got a deadly diagnosis. Russia without Putin would still be corrupt and under sanctions, but the war would stop when nobody is pushing against low morale from the top. Nobody would want to be the successor of a failure when Putin is only stubborn about not admitting his own mistake.

Drones made battles defensive by obsoleting slow and visible tanks. Weapons evolve slower without battle, because bigger iterations require more real life testing. The world is preparing for the next stage of international law. So We have a 34% chance to get an era of less conflict a year from now, just like most mighting ended when the UN was founded. It depends on how much the world is tired of war.

Have you heard the news today? McDonalds are leaving Russia. Yet another business.

No more McNuggets at Moscow.

Num7 said:
Have you heard the news today? McDonalds are leaving Russia. Yet another business.

The McDonald franchise will go, but another clown who loves children can buy the restaurants and take his place.