Media Why The Sun May Suddenly Destroy All of Our Electronics

Angelface239 said:
But i am not sure if i actually believe in the sun coming so close to destroying our electrions like that though.
Click to expand...


A coronal mass ejection or a simple electrical discharge can actually "touch" the Earth. There are even regions on Mars that look like a discharge of some kind had hit it in the distant past.

I had heard of the Thunderbolts Project a few years ago. I must say that I find their premise compelling.


Andrew Hall: Scars of Plasma Dragons
For the last five years, on this series, Thunderbolts colleague Andrew Hall has presented an extraordinary reconstruction of catastrophic events on Earth, exploring the telltale clues these events imprinted on our planet’s surface. As Andy has explained, many of the fractal patterns we see on Earth cannot be explained through any traditional geological process. However, these geological features find intriguing analogues in some of the highest energy atmospheric phenomena seen in our solar system today.

In part one of this two part presentation, Andy presents the seventh installment of his “Eye of the Storm” series with an examination of the remarkable filamentary and dendritic patterns seen on planet Earth — patterns whose explanation may be found in the ancient events that created the cultural memory of a mythical creature, the dragon.

TimeFlipper said:
Fortunately for me, all the cars I first owned were equipped with "starting handles"
Click to expand...

Holy shit grandpa, how old are you? 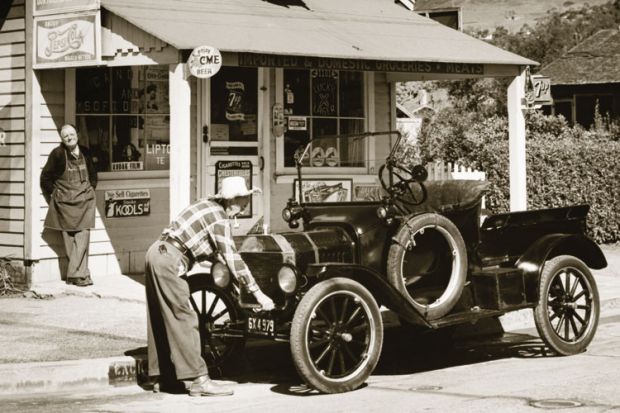 I hope you didn't use it for any rectal unblocking!! ..

TimeFlipper said:
I hope you didn't use it for any rectal unblocking!! ..
Click to expand...

I find that turning your cellular device on Vibrate and then forgetting it's in your pocket when
you're at home quietly reading, is sufficiently "Productive" When someone calls you.
Last edited: Sep 25, 2020

Here's the only source I turn to when the News (Olds..?)
Is going on about possible electronics damage caused by Solar Flare. Some people worry that a gigantic "killer solar flare" could hurl enough energy to destroy Earth, but this is not actually possible.

energy sensitive people can feel when a flare is emanated by the sun immediately. Normallly takes days for a flare to reach earth.
something is going lightspeed or faster when the flare is emanated.

I felt unusually awful for no reason sometimes.
Then checked to see if a flare was emanated and yuup...

Wind7 said:
I find that turning your cellular device on Vibrate and then forgetting it's in your pocket when
you're at home quietly reading, is sufficiently "Productive" When someone calls you.
Click to expand...

Shhh, don't give @Mayhem any ideas Windy...You never know what he might get up to and cause himself a rectal mischief!
L

Element115 said:
I don't know if it'd occur during my lifetime and even if it did, what part of the Earth it would hit and affect as it wouldn't necessarily be all of it. If it indeed was 100% of the Earth, then what is the expected recovery then, or is recovery possible since most knowledge would be lost?

And do others agree that things just seem different, if not a bit 'off' since 2012... regardless of the Mayan prediction? Maybe it was the end of the world and we're just in a different worldline and things seem weird because IT IS WEIRD. Or we're just old.
Click to expand...

I hope it happens.

Every now and then some evil person, governments and/or corporations spread lies to generate fear to enslave the people , the so-called Pandemic, a hoax, is one of them.

Regarding the thing of the Sun I hope it happens so that we can have some peace of mind by getting rid of mobile phones, the Internet, computers, bothersome music, downloaded books and other annoying systems used to separate people, training them to lie and manipulate for money, and antagonize.

TimeFlipper said:
Shhh, don't give @Mayhem any ideas Windy...You never know what he might get up to and cause himself a rectal mischief!
Click to expand...

I'm a allergy sufferer so,
The only advice I can think up (at the moment) is ,